Tim Keller: The Root Cause of Our Cultural Tension

In seven previous posts I have laid out clear and concise evidence of the progressive liberalism and Marxist ideology that drives Tim Keller’s false theology; all in his own words. It has been proven beyond any reasonable objection that he has set out to redefine biblical doctrine, over-throw the true church and use his redefinition of Jesus as a social revolutionary to usher in an “economically just”, utopian state primarily by way of the redistribution of wealth. Individualism must be decimated for the sake of the common good.

It is important to note that Marxist, collectivist thinkers understand that in order to effectively transition a free society from Capitalism to Collectivism they must first concentrate their efforts on reshaping the people’s overall view of their work and the labor force. This will be an important point going forward in this post.

It is important to note that the subject of work and labor is a constant theme in Keller’s sermons, conference speeches and essays. While it is true that believers are to do everything to the glory of God and this would surely include our work, I have never seen or heard such an obsession with career and the workplace in the church. Keller’s Redeemer network has established multiple work-force related “ministries”- from The Center for Faith and Work (CFW) to The Faith and Work Initiative (through Keller’s Gospel Coalition), you will find that his network is deeply concerned with shaping society’s understanding of work and the labor force.

There are countless online sermons and speeches in which he devotes an entire presentation to the subject. This obsession is evident in many of his books, such as “Every Good Endeavor: Connecting Your Work to God’s Work”. This was quite curious to me and as my research continued all the pieces of Keller’s puzzle began to fit together perfectly.

Below is a video link to the lecture Keller gave at Redeemer’s Center for Faith and Work Initiative titled Our Cultural Tension. This lecture is from a series titled Beyond Collaboration: Discovering the Communal Nature of Calling. Keller identifies the root cause of “cultural tension” as individualism and promotes the dire need to move people toward a more collective (Marxist) understanding of human existence as the means of restoring order, promoting civility and building self-esteem through social justice.

But God’s word reveals a very different “root cause”:

This is the verdict: Light has come into the world, but people loved darkness instead of light because their deeds were evil.  Everyone who does evil hates the light, and will not come into the light for fear that their deeds will be exposed.   John 3:19-20

According to the Holy Spirit via the Apostle John, the verdict is in and the “root cause” of all societal corruption is sin. Yes, and this is Bible 101 stuff- not complicated at all; man’s problem is sin. The whole world lieth in wickedness (1 John 5:19) because of sin. Nothing else.

Before viewing the video it will be helpful to note Keller’s sources of “truth” in this lecture. The teachings of both men were a constant presence as I researched Keller, and both have had a huge influence on Keller’s so-called theology:

“From the moment when individual property can no longer be transformed into bourgeois property, into capital, from that moment, you say, individuality vanishes. You must, therefore, confess that by “individual” you mean no other person than the bourgeois, than the middle-class owner of property. This person must, indeed, be swept out of the way, and made impossible.”   (Karl Marx & Friedrich Engles 1848 Communist Manifesto Chapter II)

Pastor Keller’s lecture regarding that which ails the world bears no mention of sin, no reference to scripture and not a word regarding man’s deeply depraved state and dire need of repentance before a Holy God.  Repentance is mentioned only once- when he tells his audience the church needs to repent for their individualism because it has resulted in the church’s failure to solve the world’s problems. Sit back and let this sink in- a professing protestant pastor gives a lecture on what ails the world and relies solely on the ungodly philosophies of a Catholic, Marxist philosopher and an admitted communist sociologist. LET THIS SINK IN!

This presentation is loaded down with Keller’s progressive, Marxist ideology. Did you happen to notice that he spent the first 5 minutes confirming that individualism originates from the scriptures and the last 25 minutes aggressively condemning it??  Three statements below from the lecture sum up both his intent and the message he has set out to convey to “the church”:

“Individualism has become so absolutized that the need of the individual outweighs “the group”, and to suggest otherwise is evil and oppressive.”

“This is what Christians must realize; the idea of your work as a way for you to advance is “individualism”, and it’s killing us!”

“We must reweave society because it is falling apart because of individualism.”

Taking a stroll down through history reveals quite a few other men who were just as committed to this “just”, utopian ideology as the Reverend, Dr. Timothy J. Keller: 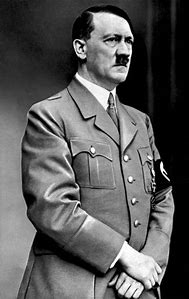 “Because it seems inseparable from the social idea and we do not believe that there could ever exist a state with lasting inner health if it is not built on social justice, and so we have joined forces with this knowledge. Socialism as the final concept of duty, the ethical duty of work, not just for oneself but also for one’s fellow man’s sake, and above all the principle: Common good before own good!”  (Adolph Hitler August 15, 1920 speech in Munich at the Hofbrauhaus) 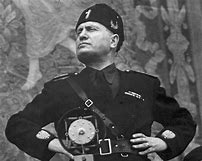 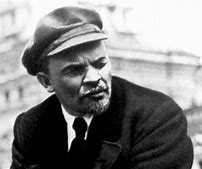 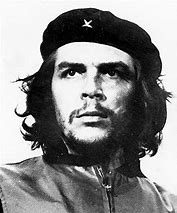 “It’s not my fault if reality is Marxist. The merit of Marx is that he expresses a revolutionary concept: the world must not only be interpreted, it must be transformed. As Marxists we have maintained that a peaceful coexistence among nations does not include coexistence between exploiters and the exploited. Youth must learn to think and act as a mass. It is criminal to think as individuals.”  (Ernesto “Che” Guevara) Marxist Revolutionary in Cuba 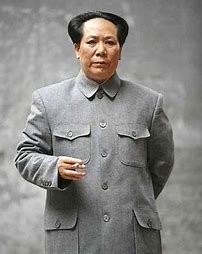 “As an intellectual I have never wanted anything other than social justice for my countrymen.” (Khieu Samphan) Communist crusader under Pol Pot- Cambodia 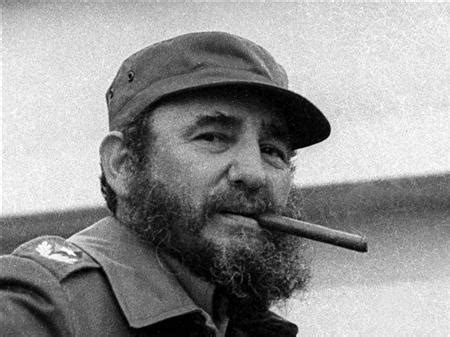 “There is not Communism or Marxism, but instead a representative democracy and social justice in a well-planned economy.” (Fidel Castro) Communist Cuban Dictator

“I am a Marxist-Leninist and I will be one until the last day of my life.” (Fidel Castro)

“I’ve always considered Christ to be one of the greatest revolutionaries in the history of humanity.”  (Fidel Castro)

“Social justice is giving people their due; It’s biblical that we owe the poor as much of our money as we can possibly give away.” (Interview, Christianity Today Dec 2010 on his best-selling book Generous Justice)

“In 1968, this was heady stuff. I was emotionally drawn to the social activism of the neo-Marxists…my hope is that all who read this book will become true revolutionaries and will go from here into churches that are devoted to actions of social justice.” (The Reason For God, Penguin 2009)

“We must reweave society because it is falling apart because of individualism.” (CFW lecture on Cultural Tension, The Gospel Coalition)

“Just as the revolutionaries hide in the mountains, so Jesus Christ goes to the mountains: He is bringing about a revolution. He is a subversive. In the first verse of His sermon, He says, “I am coming to bring a new administration. I’m coming to bring a kingdom, a new kingdom to replace the old kingdom.”   (Life in an Upside-Down Kingdom, sermon)

“The new, fast-spreading, multiethnic Christianity in the cities is much more concerned about the poor and social justice than Republicans have been… I look forward to the vanguard of some major new religious, social and political arrangements. True worship must include serving the human community and caring for the created environment,[36] doing restorative and redistributive justice wherever they can, building up the human community through deeds of justice, and being true revolutionaries who labor in expectation of a perfect world.”[37]  (The Reason For God, Penguin 2009)

Timothy F. Kauffman has written an excellent essay accurately defining Marxism, contrasting it with the scriptures to expose its dark origins and exposing Tim Keller. I would strongly advise everyone to read it here: http://www.trinityfoundation.org/journal.php?id=301

Marxism is a direct refutation of a biblically grounded economic system that promotes financial freedom, economic liberty, personal responsibility and the God given right to the fruits of our own labor. Marxism is anti-Christ. Tim Keller is a Marxist.

Irrefutable evidence of Tim Keller’s relentless assault on biblical truth will continue in the next post.

“Here is what I have seen: It is good and fitting for one to eat and drink, and to enjoy the good of all his labor in which he toils under the sun all the days of his life which God gives him; for it is his heritage. As for every man to whom God has given riches and wealth, and given him power to eat of it, to receive his heritage and rejoice in his labor; THIS IS A GIFT FROM GOD. For he will not dwell unduly on the days of his life, because God keeps him busy with the joy of his heart.”   Ecclesiastes 5:18-20

Written by Toni Brown – Check her website out – HERE